I Have Now Moved! RIP, etc.

Seeing as this blog is nearly six years old, and this is its first post in the last couple of years, I figured it was time to start again from scratch.

For pictorial musings and more (complete with pedestrian commentary and spelling mistakes!), you can now find it all on The Disgruntled Box-Ticker.
Posted by Dean Ward at 15:02 No comments:

It genuinely took me a while to figure out what Grindr is really used for. I innocently used it as nothing more than an actual gaydar app.

Today is exactly ten years ago since millions of people across the world protested against the Iraq War.

It was the first ever protest I attended. Although it no longer exists, and I don't have any photographic evidence on hand to prove otherwise, the placard I made for that day went something like this: 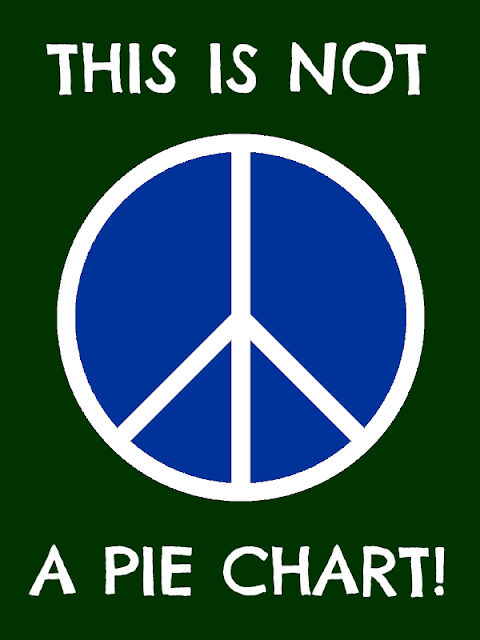 I didn't know that placards from all different groups would be provided that day. Besides, I'm still quite pleased with my first ever attempt on making a protest sign; considering I was only thirteen at the time and never went to a protest before. I originally wanted to write "Make Tea Not War" in reference to the Hell's Grannies sketch from Monty Python, but it turned out loads of other people had the same idea.
Posted by Dean Ward at 10:46 No comments:

I have done a comic on same-sex marriage in the past (or to be technical, how the act of marriage has changed throughout time), but this one is more about the various opinions on the matter. Specifically, those that have criticised the coalition government's proposal to legalise same-sex marriage by 2015. I thought I'd put the arguments supporting same-sex marriage at the end of the comic, because to me it feels like that the criticisms against it are deflecting from the fact that this really is an issue of equality and civil rights.
Posted by Dean Ward at 03:30 No comments:

Now They're Just Some Cartoons That I Used To Know

Once again, I took another break from drawing cartoons and from this blog. Unlike previous occasions where I stopped due to university work or just because I somehow lost interest, this time it was due to the effects of long-term unemployment taking their toll. Shortly after I made my last post, I was moved onto the A4e Work Programme. Let's just say that my time with them was as grueling and soul destroying as so many people have been saying on the web and in the media. There was finally light at the end of the tunnel. I've gone and complied a comic about my experience, which I will post pretty soon.

Meanwhile, here's some rough sketches of cartoons that I was intending on posting last summer. I could only find three.

This one was going to be about suggestions for the Olympic opening ceremony, which I was gonna post on the day the Olympics officially started. Dot Cotton lights the Olympic cauldron with her fag-end, and  a rather feminine looking Grace Jones decides to hula-hoop with five rings.

Lastly, this one is based on a reinterpretation of the "Equality Of Sacrifice" cartoon from an old Labour Party poster from 1929. The original been making the rounds on the Internet since last year, but it has now gone to the extent that the Labour Party have now revived the term in regards to the coalition government. Don't think I'll ever finish this one, George Osborne is hard to draw, and the original seems to be effective enough.
Posted by Dean Ward at 19:35 No comments:

A blog created by a bored Liverpool politics student graduate with too much time on his hands.

What was meant to be a political webcomic about a handful of lefties evolved into just another blog about current events. Ranging from topics from the hypocrisy of Daily Mail readers to the bizarre side of the far left, Dirty Stinking Liberals attempts to criticise anything and everything, but with the use of cruedly-drawn childish cartoons!